Our first day ashore, we were worried about the battle at El Alamein. We had been told, as we sailed up the Red Sea in the HMT [His Majesty's Transport] Aquitania with 7000 U.S. troops, that the Battle of El Alamein was in progress, and the German Army was threatening Cairo. The rumor was: "Our destination, Port Tufig, is in flames!" (Not true). We were not allowed out on deck without a tin hat, but these had not yet been issued to us. In this photo, Dick Stockton (facing the camera with a worried look) was a section leader. He was later killed in action. Charlie Pierce (behind the magazine) later became an officer of our C Platoon. John Barhydt is reading about the on-going Battle of El Alamein in The Egyptian Mail. We didn’t know then that this battle would be a victory for Montgomery’s Eighth Army and a turning point for the Allies. Location: El Tahag Mobilization Camp, Egypt. 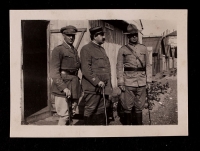 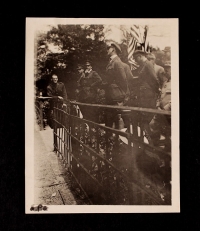 on the terrace of 21 rue Raynouard. Assistant Inspector General Stephen Galatti is standing behind A. Piatt Andrew. 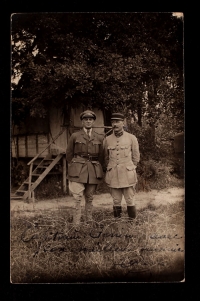 The postcard is signed by Captain Genin.

The pin on their hats was the one used for the American Ambulance Hospital. 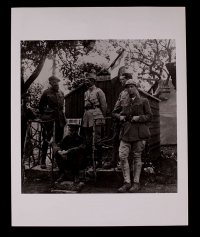 A. Piatt Andrew (right, in helmet) with the French officers and Oliver Perry, SSU 4 chef, at section headquarters in Ippécourt, Verdun (reproduction)

Inspector General A. Piatt Andrew and Assistant Inspector General Stephen Galatti in front of a row of ambulances at 21 rue Raynouard, the location of the AFS headquarters in Paris, France. 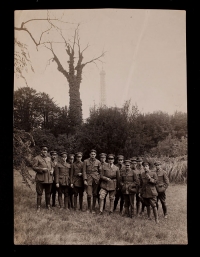 A.Piatt Andrew is at the center of the photograph and Stephen Galatti is on the last person on the right 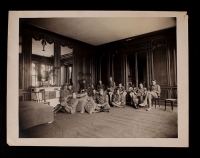 A. Piatt Andrew is crouching on the left and Stephen Galatti is seated second to the right 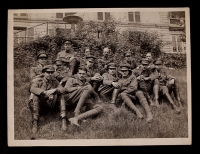 A. Piatt Andrew is seated behind Stephen Galatti on the far left. Edgar Scott is pictured wearing leather puttees in the center. 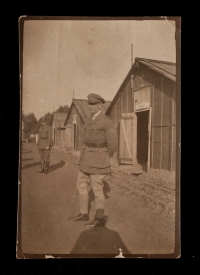 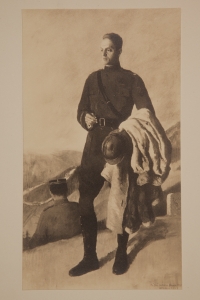 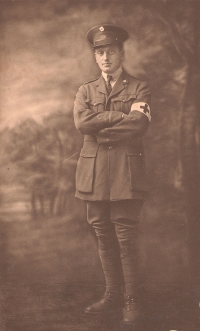 A. Piatt Andrew standing with a woman and two children after they gave him flowers in St. Amarin, Alsace. There is an SSU 3 ambulance driver in the seat of the ambulance behind them. 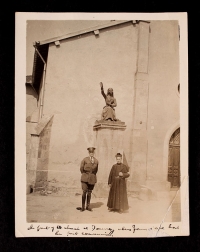 A. Piatt Andrew and a priest in front of the church where Joan of Arc had her first communion in Domrémy, France 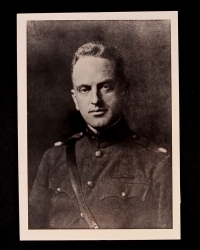