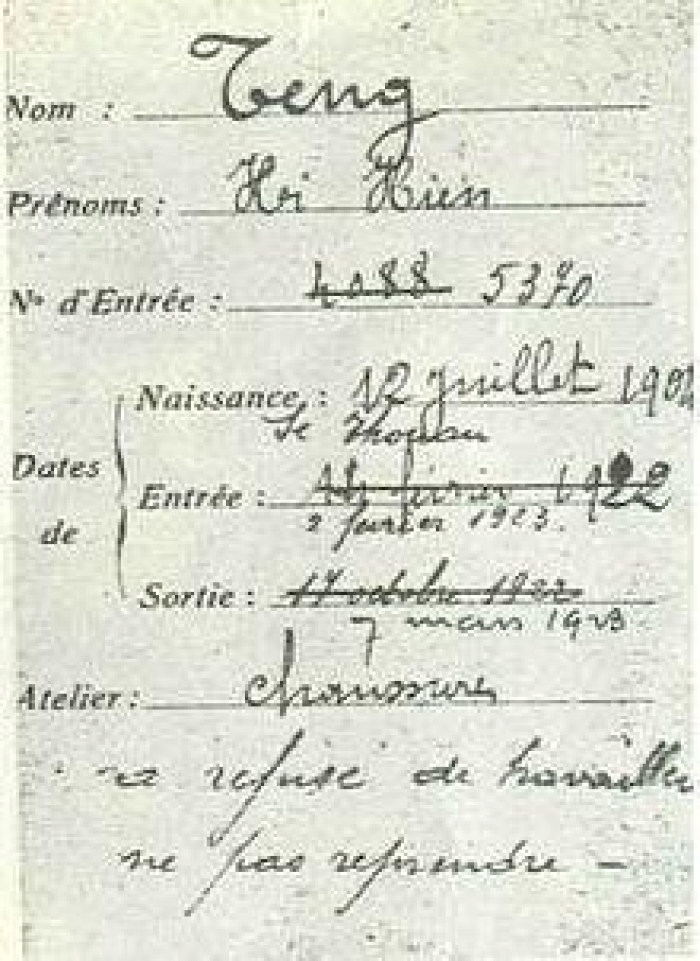 At some point, I had to remind the Administration of my college that I was supposed to teach as well as study. All vacancies for English teachers were filled so they decided, with my consent, to set up a French class. The young Chinese were obsessed with learning English but "le français" was not high on the agenda. "There might be some interest with older people" they suggested. The following day, they confirmed a French class would start soon and that my new students were retired teachers. The only exception was Teacher Hu as her husband had just been posted to Geneva as a translator for the United Nations. She wanted to learn some French as she had obtained a special permission to join him later in the year. My students insisted on having "French names" as you have an "English name" when you learn English. This is how Mr. Wu became Jean-Pierre and Mr. Wang Philippe. As for Teacher Hu she was reincarnated as Marie.
During our first class, Jean-Pierre and his friends wanted to talk about Deng Xiao Ping and his time in France. "Deng left for France in the early 1920's, at the age of sixteen, on a study programme" said Mr. Wang, taking the lead. "His father thought going to France would help with the modernisation of China but Deng found it tough to find work once the study money ran out." I knew this was a difficult period in France so I wasn't surprised to hear this. Deng found work eventually, in a steel factory, then later on with Renault and even made shoe soles for Hutchinson. During his six years in France, he met Zhou Enlai for the first time and shared a flat with him in Paris. Deng also engineered the first hostage taking ever in Paris. Mr. Wu thought this was an exciting story and couldn't help talking. "The hostage was the Head of the Chinese Legation, no less" he added, with a big laugh. I was aware of this particular event in the life of Deng Xiaoping. "This happened very close to my parents' home" I told my students. They looked at me as if I had met him in person.
Deng became blacklisted by the French intelligence services and, soon afterwards, boarded a train for Russia just in time. He would return to Paris for the first time, fifty years later, still crazy about "Beef Horn Breads", the famous French croissants. I often wondered if he had kept up his French over the years.

More in this category: « We Are Your Loyal Red Guards “FROM REDNECKS TO RED CHINA” »