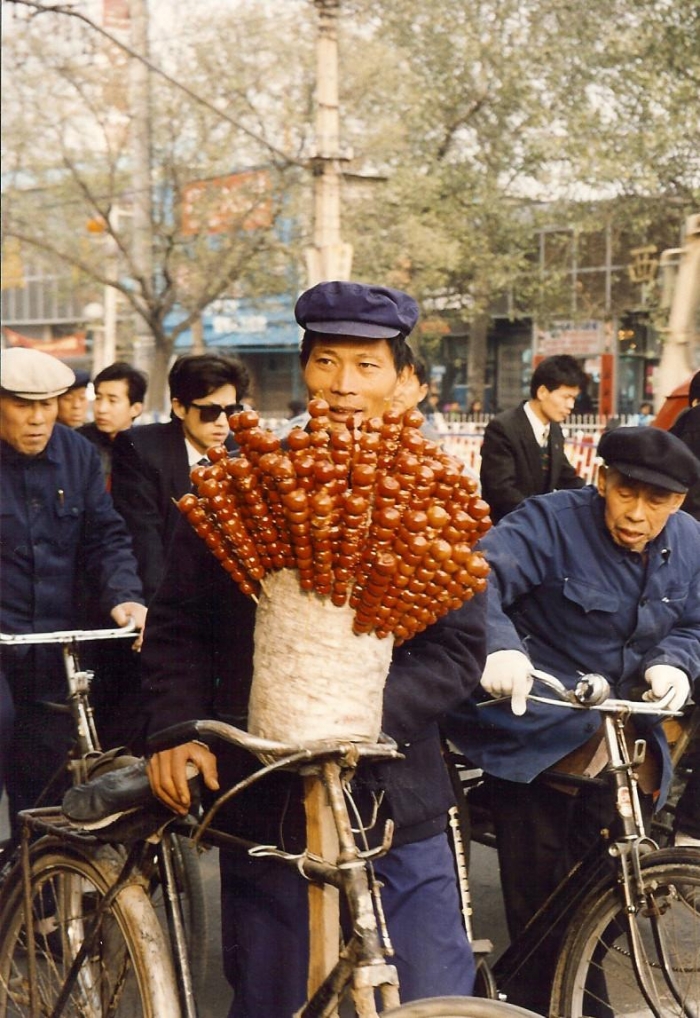 I flew to China for the first time, in 1986, to be a student of Mandarin for six months in Beijing. The cheapest flight I could find was with Tarom, the flag carrier of Rumania, and the journey from London took a long thirty-six hours. It was a cold and miserable day, in late February, and the first leg of the trip was with an old and creaking Tupolev. Fortunately, we boarded a larger plane in Bucharest and, before our final destination, stopped in Karachi for a couple of hours. There was just enough time for a hot cup of tea, the local style with a strong taste of ginger and cardamom.
Many hours later, I walked through the deserted airport of Beijing, holding my breath. There was suddenly a feeling of time warp as everything looked bare and desolate. I walked under a large banner, "Welcome to Beijing International" it said in Chinese and I felt proud I could read as much as that. I had studied Chinese in France, in the mid 70's, but it was long forgotten for lack of practise... I went through Immigration in record time, then proceeded to the luggage section to find my suitcase was already there. Shortly afterwards, a good-looking man walked towards me and introduced himself as Mr. Wang. "I am here on behalf of our college. Welcome to Beijing, Miss Anne", he said, in a rehearsed manner. Within no time, I was whisked away in a white "Shanghai", just like the car I remembered from Tintin & The Blue Lotus.

The trip from the airport to my college took about an hour. The Beijing Teachers' Training College was located in the North-western part of the capital, home to a lot of universities. It was quite late in the day and staff at the reception immediately took me to my room, spartan to say the least. The floor was bare concrete, the bed extremely hard and the only piece of furniture was a shoddy looking table. Communication proved difficult as my Chinese was incredibly rusty and non-existent regarding daily life. I quickly discovered that Classical Chinese does not help much when your shower is not working.
A young American with "yellow hair" "huang toufa" came to my rescue and explained the situation. "Things often break down here, so you'd better learn the word 'huai le' ", meaning, "it's broken" in Chinese. My new friend, John, added with a broad smile: "You'll find the conversation often goes like this... "Zenme ban?", the equivalent of "What shall we do?". Then the Chinese will tell you with a shrug "Meiyou banfa" "Nothing can be done".

More in this category: From Rednecks to Red China »