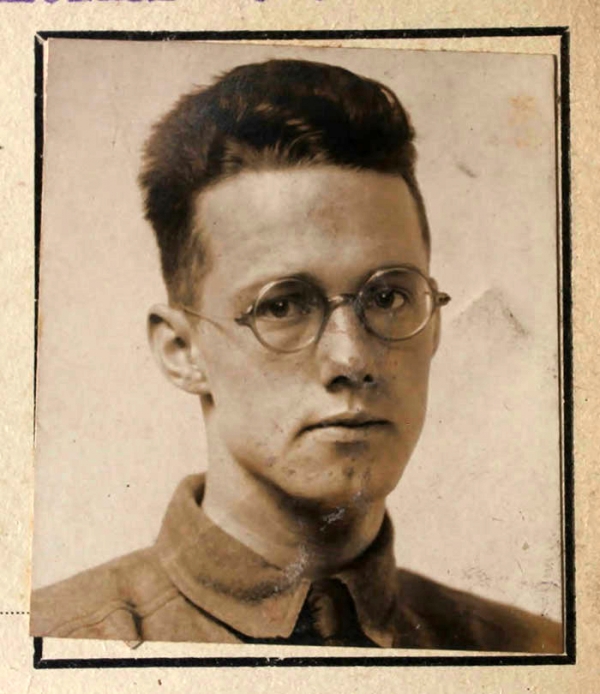 Courtesy of the Archives of the American Field Service and AFS Intercultural Programs.

After the war, Charles received a business degree in 1922 at the Wharton School of Finance and Commerce, the University of Pennsylvania. He became a Certified Public Accountant in Maryland. In 1932, he earned a Law degree from the University of Louisville.

Kentucky would become his home. He built a beautiful house in the small community of Anchorage, just outside Louisville. Charles and his wife, Eloise, raised two children: a girl and a boy. Each child grew, married, and blessed Charles and Eloise with seven grandchildren.

He enjoyed his grandchildren. Charles built swings in trees, gave rides on his small tractor, and built a bridge across the creek at the bottom of the hill for winter sleigh rides. He actively maintained the 3-acre property, pruning fruit trees, prepping flower beds, cutting the grass, and fine-tuning his Ford tractor, which reminded him of his ambulance. The week before he died, he was on a tall ladder cleaning out the gutters from his three-story home.

After tiring of handling other people’s money as a CPA, Charles earned his law degree. He discovered his niche in corporate law with a fledgling radio and T.V. station, WAVE. Charles spoke once on the radio about finances but found behind-the-scenes participation more appealing. He served as Director and Secretary-Treasurer until retirement in 1963.

He entertained many famous people in his home, such as Author: Ernest Hemingway, Character Actor: Edward Everett Horton, and Physicist and Author: Stephen Hawking.

In the early 1970’s he came out of retirement as Executive Vice President for Kentex Mineral Co. of Texas. The company is still located in Louisville and has an extensive oil and gas interest in Texas. Charles often traveled there for meetings to establish these holdings.

He was on the board of directors for A-1 Safety Supply Co., a successful small business started by his son, Charles, Jr. He also assisted with his daughter’s business venture, Talents Inc.

Charles led an active retirement. He continued his membership at the Kentucky Bar Association and Tax Executive Institution (for which he was a past Vice President), a lifelong member of Saint Luke’s Episcopal Church, Anchorage, Ky., and a founding member at Owl Creek Country Club. At his local Rotary Club, Charles served in many officer roles.

Throughout his life, Charles stayed in touch with his friends from sections 71, 29, and 32 with an annual newsletter sent out during the Christmas holidays.

In the late 70s, he focused on preserving his war memories and spoke over 30 times to groups, universities, and the media about his experiences. At 86, Charles lead a fulfilling life with little regret. He maintained outstanding integrity and character throughout his life. Many people mourned his passing in 1982.

Memories of a WW1 Ambulance Driver as told by Charles C. Leonard, Sr.